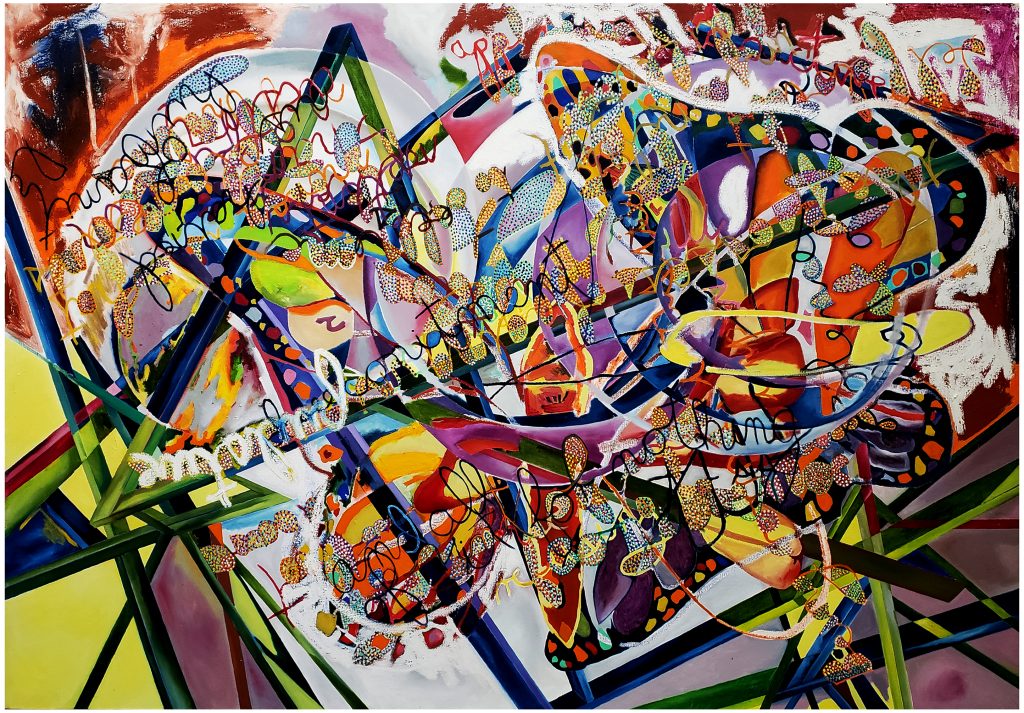 “This weekend, the award-winning veteran thespian presents a vibrant world of “Butterflies, Words, and Colors,” a highly-anticipated, rare exhibit of Barry’s paintings. During time off from a demanding shooting schedule — Barry will next be seen alongside the all-star cast of Netflix’ controversial hit drama series, 13 Reasons Why when it returns for Season 3 later this Spring — Barry retreats to his favorite Los Angeles hide-away, an East Hollywood art studio.

It is here that we spent some time with the theatre-trained actor (Barry is the winner of several Dramalogue Awards and an L.A. Drama Critics Award) and quickly realized that his passion for painting is not a hobby to pass the time and create content for his (non-existent) Instagram., Instead, Barry makes these paintings because he has to; they are autobiographical as a pure stream of conscious. Barry paints daily, without questioning why; he follows his instincts. The results are unadulterated truths; painting for the sake of painting, tapping into a deep well of emotions and his personal need to communicate his moment.”